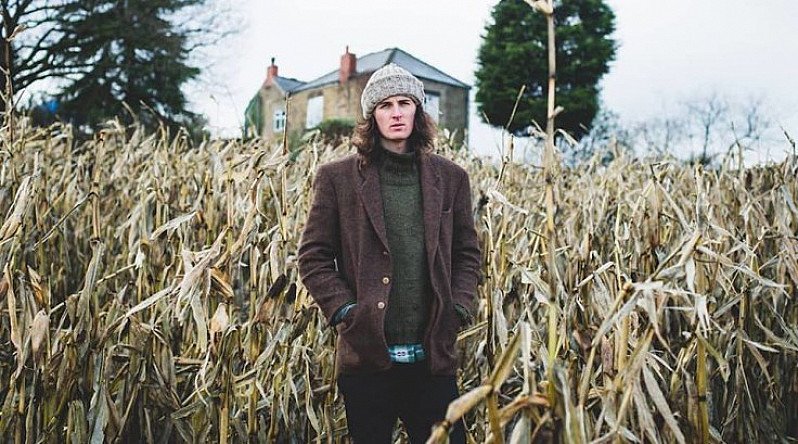 JIM GHEDI
Born in Sheffield before moving around various parts of the British Isles and then settling in Moss Valley – an abandoned and forgotten area on the edgelands of South Yorkshire and North East Derbyshire – it makes perfect sense that 26-year-old Jim Ghedi’s music feels both fluidly transient yet also deeply rooted to a sense of place.

Jim Ghedi's latest album 'A Hymn For Ancient Land' is a mix of folk guitar pickings and sweeping orchestral soundtrack like scores. It explores the connections to natural environments, and the heritage of rural communities and landscapes across the British Isles. This show is part of his headline UK tour throughout May and will be playing this show as a trio alongside Double Bass and violin.

TOBY HAY
From near Rhayader in mid-Wales, Toby makes instrumental music inspired by the landscape, people and history of the area. Drawing on influences from all over the world, he makes music to capture the atmosphere of the special and under-represented part of Wales where he lives, adding to the long tradition of Welsh string music.

Writer (and Cambridge resident) Robert Macfarlane wrote in the liner notes to Toby’s 2017 album The Gathering: “Place, memory, nature, loss and dreamed-of geographies are the subjects of this beautiful music: that gathering of feelings that go by the untranslatable Welsh word hiraeth. There is a sadness at what has gone here, but not a nostalgia. The world’s dew gleams on this music, but the world’s dust swirls through it too.”