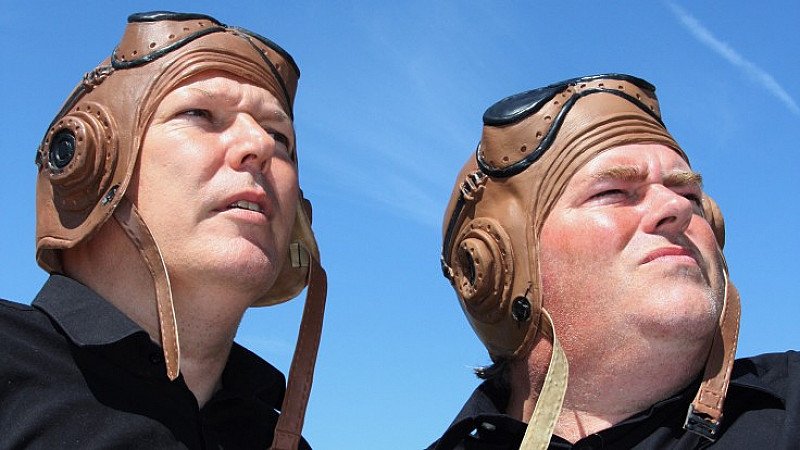 Mitchell and Nixon’s thrilling, hilarious hit play about the first ever non-stop transatlantic flight. British aviation pioneers Alcock and Brown flew from Newfoundland through dense fog, snow and hail in the tiny open cockpit of a converted Vickers biplane, to Ireland and worldwide fame.