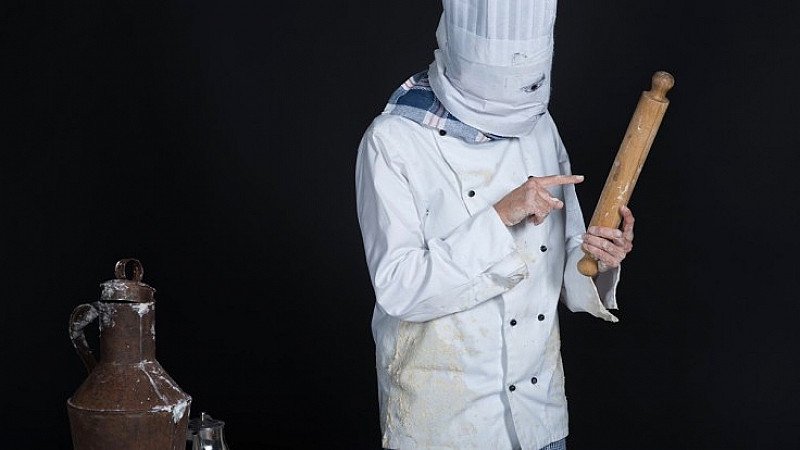 Janet is a deliciously naughty, surreal show which show follows the life of a young woman – Janet – from conception to tragic-comic end. Janet (1.5kg of uncooked bread dough) is a loveable anti-hero with a tragically comic life who refuses to go to the oven despite all attempts by her family (premium French flour and water) and the demonstration chef. Along the way she has disastrous amorous encounters with a rolling pin called Derek and a terrifying nightmare with a Bloomer.