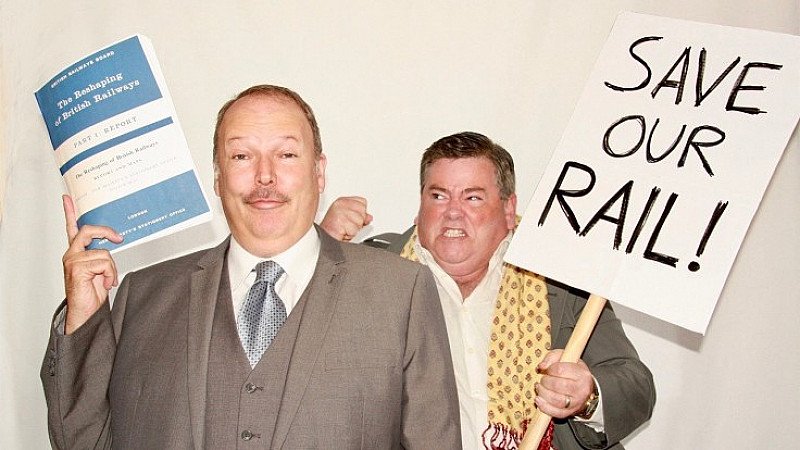 A first chance to see the new play by The Foundry Group before it goes on tour later this year.

Fifty-five years ago the Beeching Report was published, and the government, following its recommendations, began the widespread culling of the branch lines that linked villages with market towns, as well as hundreds of miles of mainline track. The railway was dead, superseded by the clean, efficient and modern motor car, and the rapidly-expanding, streamlined and futuristic motorways.

This was ostensibly all for the good; to save money, to make Great Britain’s railway network profitable, but it caused howls of protest at the time, and for many communities it is a wound that continues to fester. Also, from a modern perspective, with mounting congestion on our roads and the pressure to rebuild closed lines, it seems to have been precisely the wrong thing to do.

So how did it happen? How did Dr. Richard Beeching, a physicist who was chairman of ICI, come to be recruited by Minister of Transport Ernest Marples, and did Marples’ directorship of a large civil engineering firm have anything to do with his decision?