The Robert J Hunter Band With The Jupiter Blues + Chambers 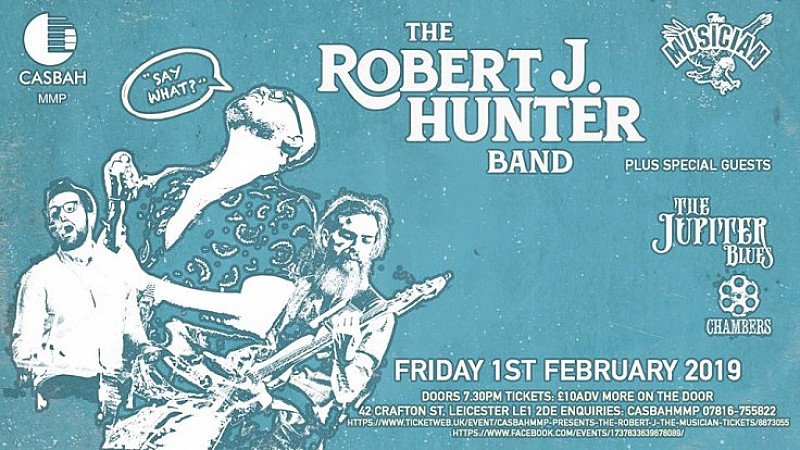 The Robert J Hunter Band With The Jupiter Blues + Chambers

Island born Robert J. Hunter combines his gruff and powerful voice with the wild thud of overdriven blues guitar.
His powerful debut album, ’Songs for the Weary’, received blues chart success and critical acclaim and the single release, ‘Demons’, reached number one in the UK iTunes Blues Chart.
‘Before the Dawn’ followed late 2015 showing that Robert had matured and developed as a singer, songwriter and instrumentalist. Robert then released a solo acoustic album, ‘Where I’m From’ on independent label, Spiritual Records.