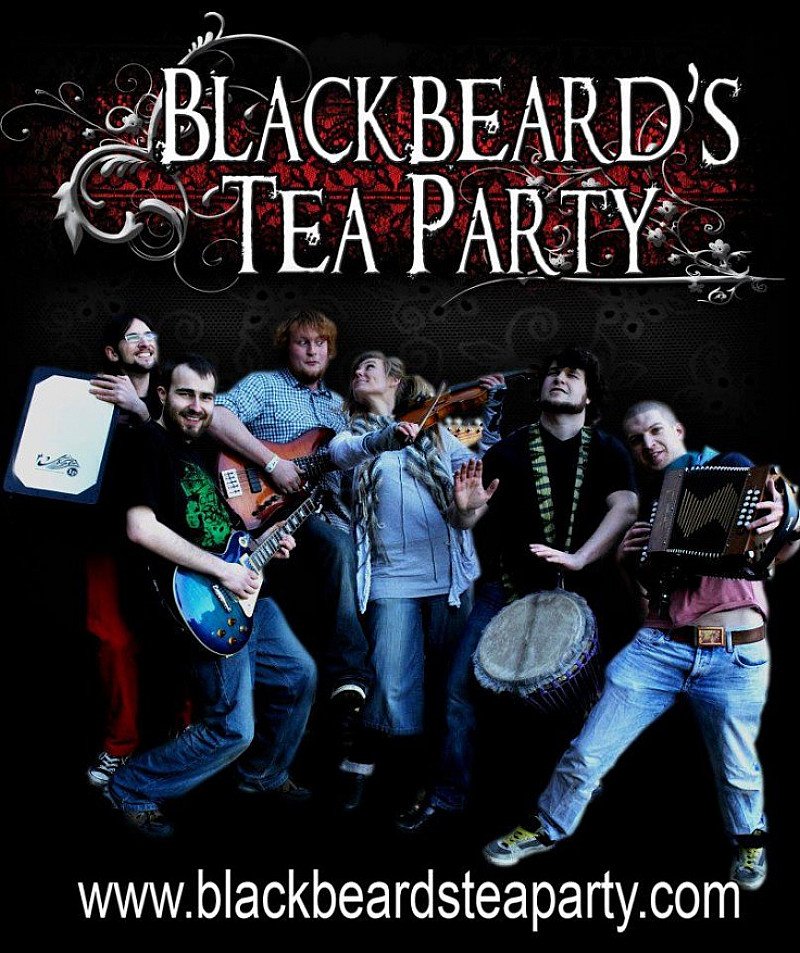 The past few years have seen Blackbeard’s Tea Party play at festivals as diverse as Glastonbury, Cambridge Folk Festival, Fariport’s Cropredy Convention, The Rainforest World Music Festival in Borneo and many more. Their most recent album ‘Reprobates’ has been met with high praise in the folk press, earning a 5 star review in R2 Magazine whilst fRoots named it “convincing and essential”. With this growing reputation, it’s hardly a surprise that they are one of the most in-demand bands on the folk circuit.

Now we’re happy to welcome Blackbeard’s Tea Party back to the Musician with their brand of gutsy folk rock. Traditional songs and tunes are given a heavy rock edge with playful arrangements and driving dance rhythms. This is all mixed up in an engaging, high-octane stage show that frequently leaves audiences cheering for more.

Birmingham based Bonfire Radicals have emerged from the folk/world scene with a fresh approach to traditional tunes and a host of creative original material. They weave together raucous woodwind, delicate vocals, progressive violin, hard hitting bass, psychadelic electric guitar and percussive beats. Drawing on their eclectic backgrounds, the band chart many divergent influences upon their sound – medieval polyphony, jazz tinged swing, Canterbury sound, klezmer and all points in between. Known for their highly-spirited stage presence, the Bonfire Radicals' own enthusiasm for their music is undeniable.