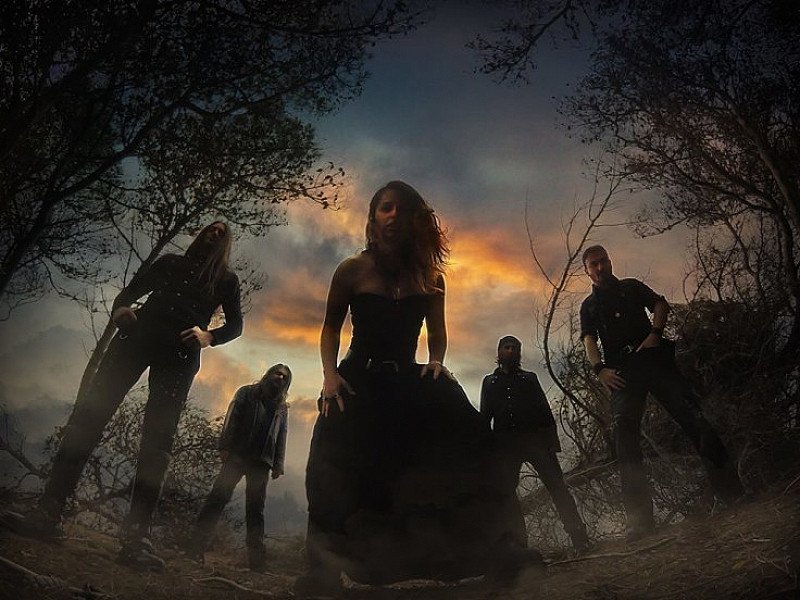 Asphodelia is a dark symphonic metal act founded in 2016 in Foggia, Italy, by Samuela "Samah" Fuiani (vocals and keyboards) and Ruggero "Lordian" Doronzo (guitar), and currently including Davide Ricciardi (bass), Giuseppe Centonza (drums) and Gianni Colonna (guitar). Their sound blends symphonic and choral sonorities, electronics and echoes. Their lyrics are usually centered on the theme of the afterlife, on the life and death of the dichotomy, the fleetingness of time and the misery of the human condition.

The band is named after the asphodel, typical of the ancient Greek mythology, the Asphodel Meadows is a place where the indifferent souls, who lived a good life die.

The band released at promo EP entitled ' Vengeance ' on May 26, 2016, receiving enthusiastic response from their fanbase. In May 2017 they signed a management and booking deal with The Flaming Arts Agency , Russia, as main support to The Agonist , Sirenia and Cellar Darling .

Welcome to Mighty Music for the release of their debut album ' Welcome Apocalypse ', scheduled for April 20th.