Jokes On Us present LOST VOICE GUY – WALK IN PROGRESS 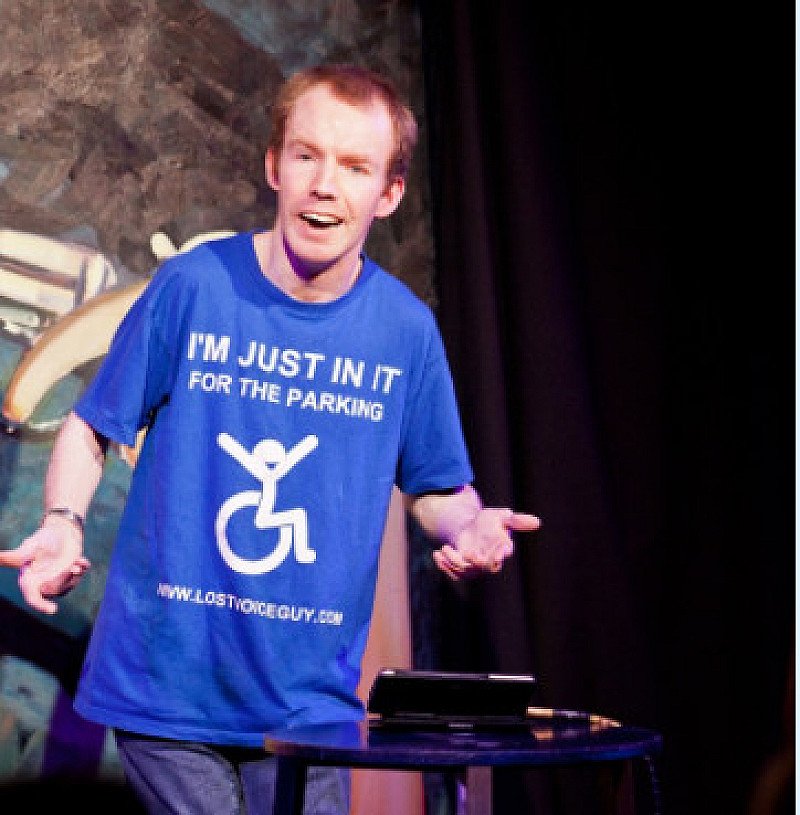 Jokes On Us present LOST VOICE GUY – WALK IN PROGRESS

BBC New Comedy Award winner and star of BBC Radio 4, Lost Voice Guy, brings his work in progress show to Leicester Comedy Festival. Come and see how much of it has been written in time for the festival! Lost Voice Guy can't talk but isn't silent. He is the first stand up comedian to use a communication aid. He won the BBC New Comedy Award 2014, has his own sitcom on BBC Radio 4 and has been described as "a very funny guy" by Ross Noble.