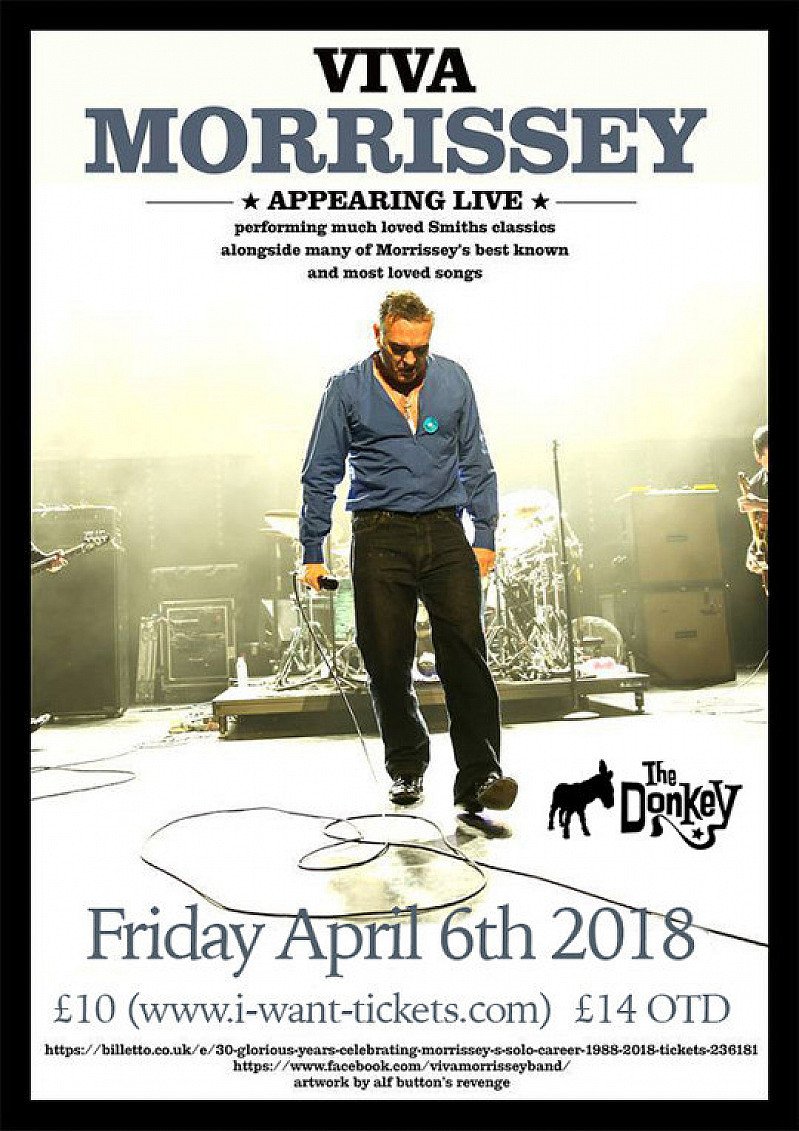 IVA MORRISSEY - A sincere homage to Morrissey
Viva Morrissey are Europe's only tribute to the present-day Morrissey.

Based in the Holy City of Manchester, Morrissey's birthplace, and home of his former band The Smiths, Viva Morrissey are highly regarded for the authenticity and accuracy that they bring to their performance.

Viva Morrissey's concerts are based on Morrissey's present-day solo shows, which makes their live shows markedly different from those of tributes to The Smiths.

The Viva Morrissey 6 piece 90 minute live set includes Morrissey's best known and most loved solo material alongside many of the classic Smiths songs.

Having been a successful recording artist for over 30 years, Morrissey is rightly regarded as a legendary figure in the music industry, as well as a true cultural icon, therefore a tribute to his entire career (so far) was long overdue