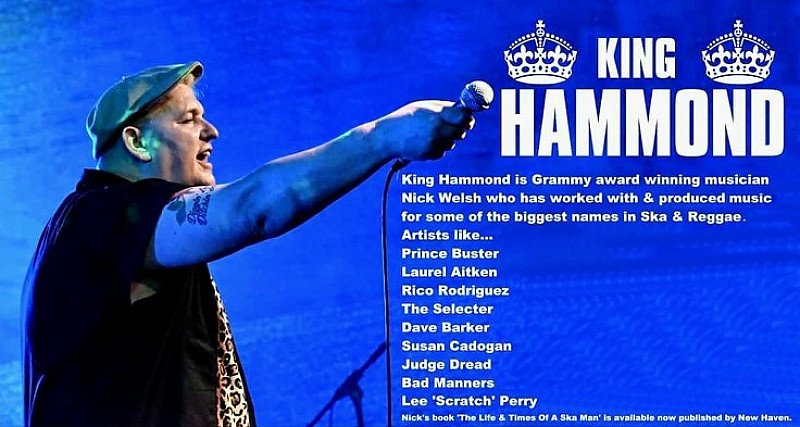 £4
King Hammond (AKA Grammy award winning musician Nick Welsh). In a 4 decade career in Ska & Reggae music Nick has worked with artists like Prince Buster, Laurel Aitken, Rico Rodriguez, Dave Barker, Judge Dread, Susan Cadogan & in 2002 won a Grammy award for his work on the Lee ‘Scratch’ Perry album “Jamaican ET”. He has also been a member of The Selecter & Bad Manners as well as his own groups Big 5 & Skaville UK. When Nick is not performing with his band The Rude Boy Mafia you can find him onstage in his one man acoustic show “The Life & Times Of A Ska Man”.