JAMIE AND THE OLIPHANT IN THE ROOM 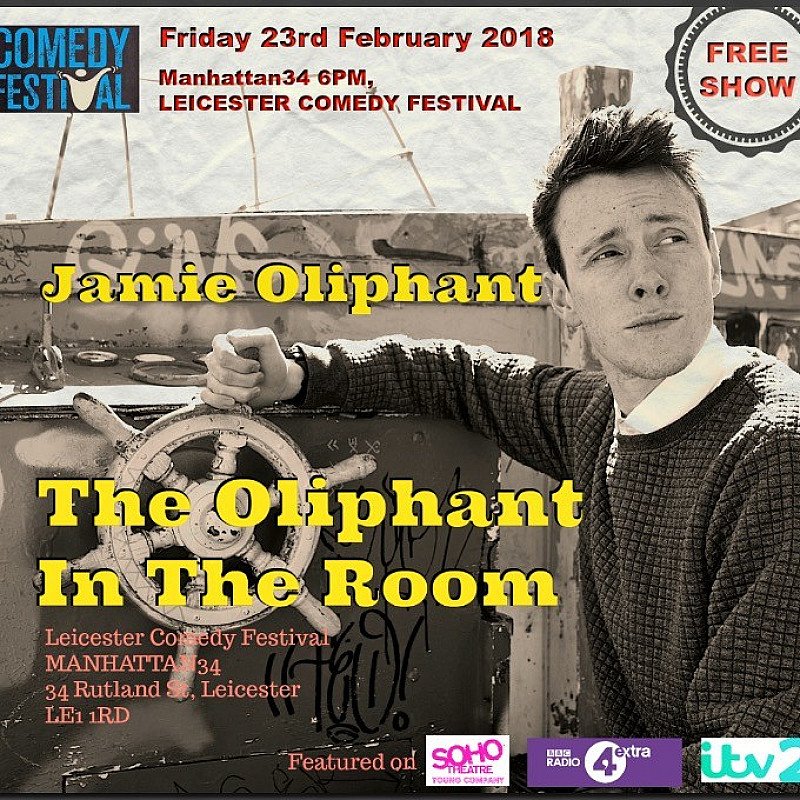 JAMIE AND THE OLIPHANT IN THE ROOM

Picked out as "one to watch"(John Connor at The Comedy Store), Jamie has gained a reputation as one of the most exciting and watchable new acts on the circuit. Having recorded for the BBC's New Comedian on BBC Radio 4 and featured on ITV2 for TVOD with Matt Edmondson, gigging everywhere from London to New York - Jamie will now be taking his debut show 'The Oliphant In The Room' to comedy festivals across the UK.