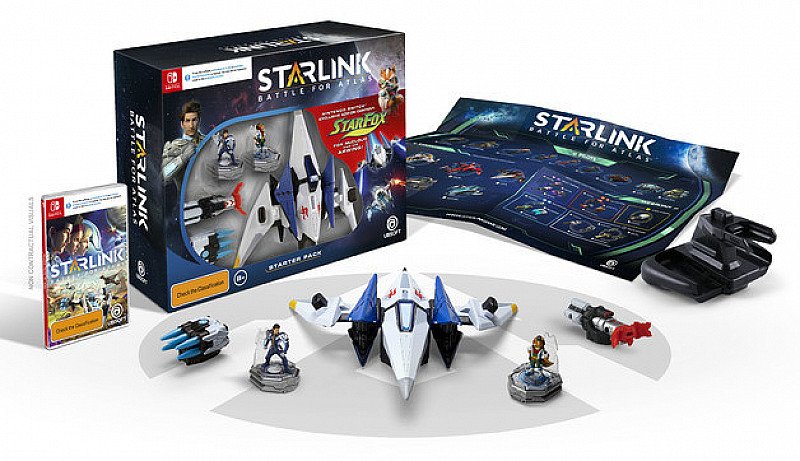 The beautiful worlds of Atlas are under-threat and risk being destroyed by the evil Grax and his Forgotten Legion. It’s up to you and your heroic team of pilots to save Atlas and defeat evil forces. Use modular toys to create your own game-play experience choosing your team of pilots, weapons and Starships which all come to life in-game.

When the worlds of Atlas are threatened with danger and devastation, you and your heroic team of pilots must defeat the Grax and his Forgotten Legion.

Featuring as a Switch exclusive is the special guest pilot, Fox McCloud from Star Fox, with exclusive add-on missions! He returns to help you save the Atlas Star System from destruction.

Included in the Starlink: Battle for Atlas Starter Pack is: