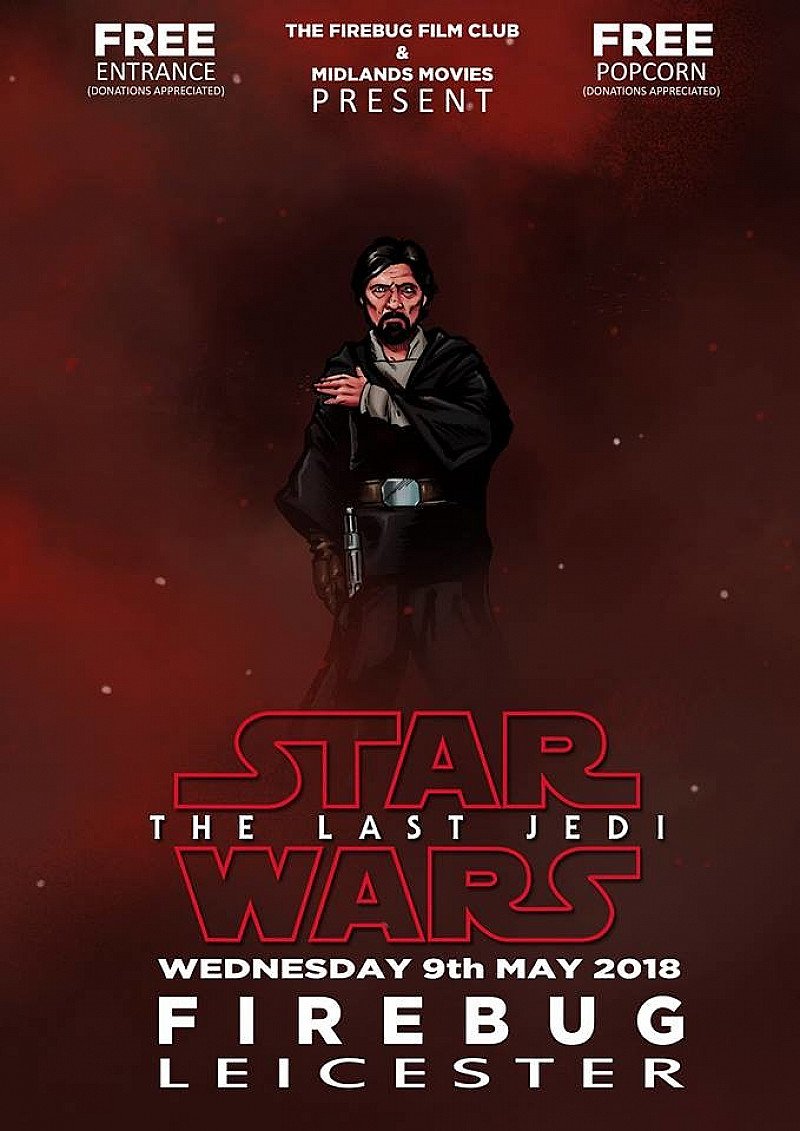 From 7pm on Wednesday 9th May viewers can grab their lightsabers, droids and X-Wings to fly to a galaxy far, far away at Leicester’s Firebug bar for an amazing Star Wars themed night.

The screening has FREE entry with a £3 suggested donation as there will be food from Admiral Akbar’s snack-bar, competition prizes, a Stormtrooper and more. Midlands Movies events began in 2015 and have seen packed audiences get involved in the successful nights which have included Halloween screenings, Christmas films and a comedy festival music and movie night of ‘This Is Spinal Tap’ with a full band.

Midlands Movies will again be showcasing local moviemakers before the main event to keep promoting and assisting the regional talent in the area to open up their films to a wider audience.

So come on down if you’re on the dark side with your Stormtrooper helmet or your new found power of The Force if you’re with the light side, as you battle for the galaxy on the night.