Mamapalooza Leicester after party at Duffy's 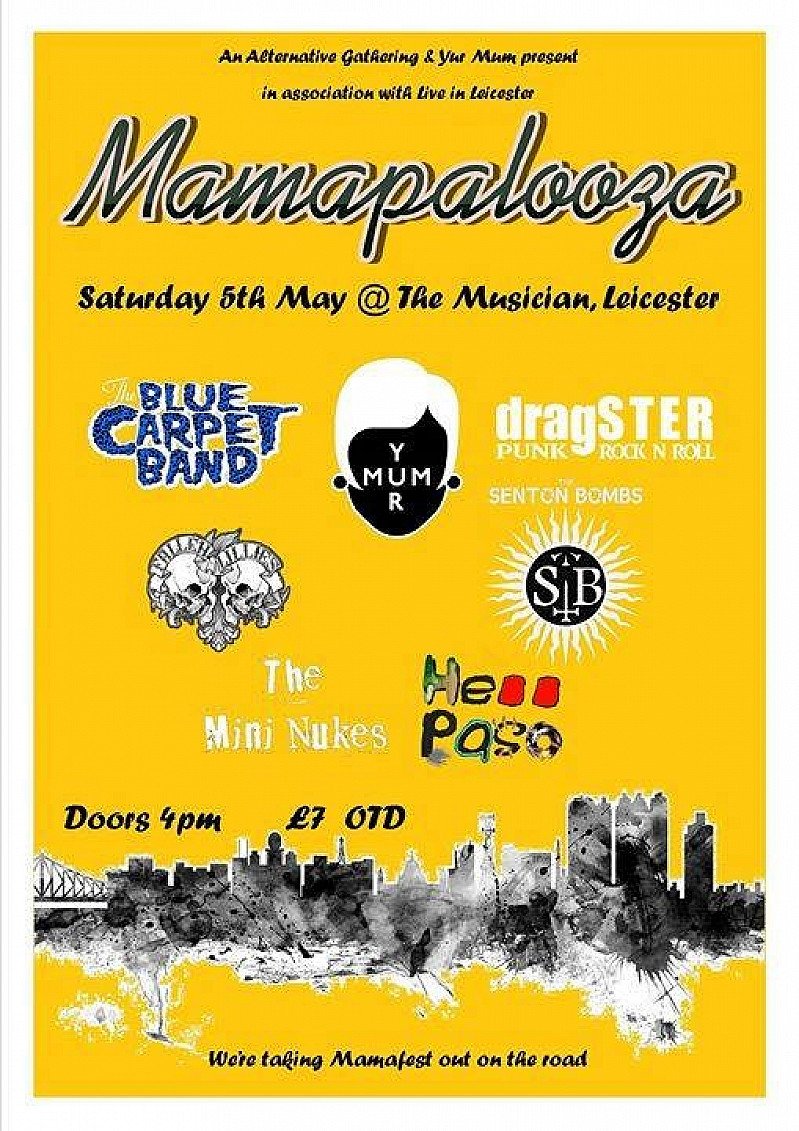 Mamapalooza Leicester after party at Duffy's

Mamafest was so good that we're taking it on the road in 2018, third stop - Leicester (in conjunction with Andy Wright and Live in Leicester) @ The Musician......

After party at Duffy's from Midnight - D.J's - Free entry, on till late.

Yur Mum
We’re a DIY hard rock/grunge band from London. Our music is a blend of anything that's loud, noisy and comes from the heart. We call it 'road rage' rock.
We’re a three-piece formed in 2016 and since then we’ve been performing electrifying live shows across Europe. Our sound ranges from noisy and raw underground rock to more melodic and bluesy hard rock sounds.
Love it or hate it, Yur Mum is a name that represents our attitude. Rock music has to be in your face and unconventional.

dragSTER
A five piece punk rock n roll band who formed in the ghost town of Coventry in 2005. The band have a love of dirty, fast and energetic music, 50's iconography, sci-fi and B movie horror. dragSTER have been produced by Rat Scabies of The Damned and managed for a time by Jah Wobble of PIL.
"Dead Punk is not only one of the finest if not best punk release of recent times but stands on the front line of any emotionally and energetically charged slab of rock ‘n’ roll heard over the past twelve months or so".