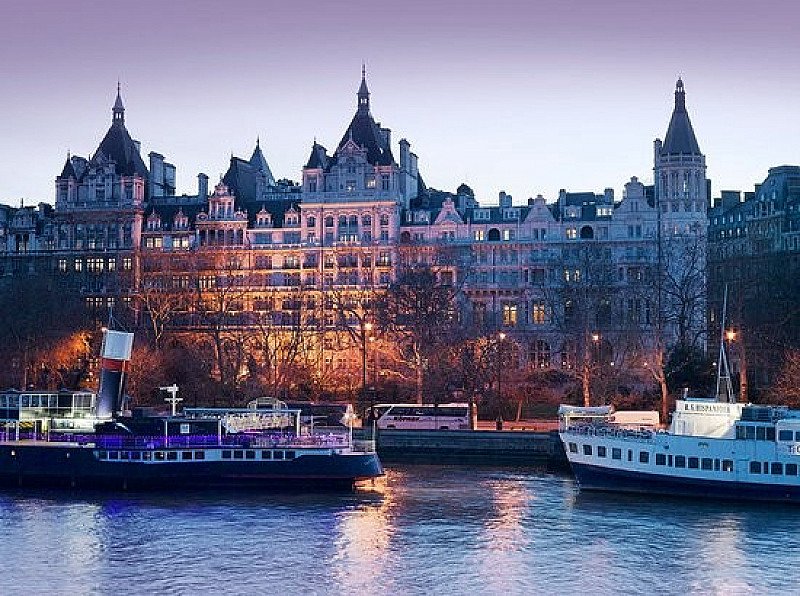 The AA awards One Twenty One Two restaurant, part of The Royal Horseguards Hotel, a Rosette for culinary excellence. You and a friend can now visit for a 3-course meal with drinks for less than £25 a head.

What's Included
- A 3-course meal for two from the Spring and Summer Set Menu, including a starter, a main course and a dessert each, plus either a 175ml glass of house white or red wine or a gin and tonic each
- A voucher for one is £25; a voucher for four is £88
- You can swap the above drinks for a bottle of prosecco with your meal instead -- this option is £59 for two and £109 for four
- Valid 12-9:30pm daily until 31 October
- We've also negotiated a deal for afternoon tea with champagne -- now £25 for one and or £49 for two

Why We Love It
- The "majestic" hotel "enjoys unrivalled views of the London Eye and the city skyline" (The AA)
- The Daily Telegraph describes the food as "delicious", while The AA says you can expect "appealing modern brasserie-style food with its roots in French classics"
- "The hotel feels modern... while retaining its links to the past", says The Daily Telegraph -- built in 1884, it was used as a base by MI5 during World War I, and was next door to New Scotland Yard
- The Grade I-listed property is less than a 15-minute walk from a number of London landmarks, including Trafalgar Square, the London Eye and the House of Parliament