SAVE ON CLASSIC BOX SETS - Only Fools and Horses: The Complete Collection! 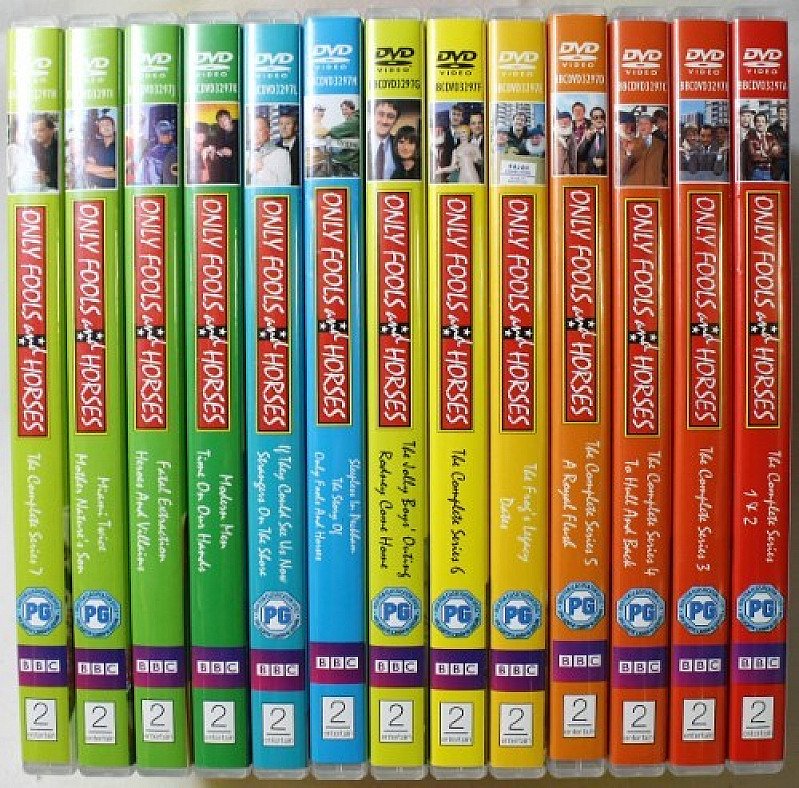 SAVE ON CLASSIC BOX SETS - Only Fools and Horses: The Complete Collection!

Collected edition of the classic British television sitcom, about wideboy Derek 'Del Boy' Trotter (David Jason) and his younger brother Rodney (Nicholas Lyndhurst), continually trying to make it big through their scams on the streets of Peckham. Supporting characters including spiv Boycie (John Challis), the gormless Trigger (Roger Lloyd-Pack), Grandad (Lennard Pearce) and Uncle Albert (Buster Merryfield). Included are all the episodes from series 1-7, as well as the following television specials:'Time On Our Hands', 'Sleepless in Peckham', 'Dates', 'Fatal Extraction', 'Frog's Legacy', 'Heroes and Villains', 'Modern Men', 'If They Could See Us Now', 'Jolly Boy's Outing', 'Miami Twice', 'Mother Nature's Son', 'Rodney Come Home', 'Royal Flush', 'To Hull and Back', and 'Strangers on the Shore'. Also included is 'The Story of Only Fools and Horses'.